Modal frequencies of a circular membrane are labeled by two mode numbers, overall forming a two-dimensional grid of frequency ratios rather than a linear series. For example, the lowest mode of a circular membrane is traditionally notated "0,1". Just as the first and lowest classical overtones are the important ones, it's mostly the low mode numbers that receive much attention from mechanical engineers. In the below charts, these are the tones in the upper left region.

I've notated the frequencies here on three levels. Read the note head position and sharp/flat/natural for the nearest 12ET pitch, and the up/down arrows indicate 50-cent alterations to a finer 24EDO approximation. The fearless can ignore all arrows and read the signed numbers for the cent deviations from 12ET (not 24EDO!). Modal synthesis decouples fundamental frequency from frequency ratios, so the choice of C2 as fundamental is arbitrary, and all charts are transposable without affecting their faithfulness to the physical model. Try them out on your instrument of choice -- even the crude 12ET approximations generate some lovely chords that remind me a little of Morton Feldman. 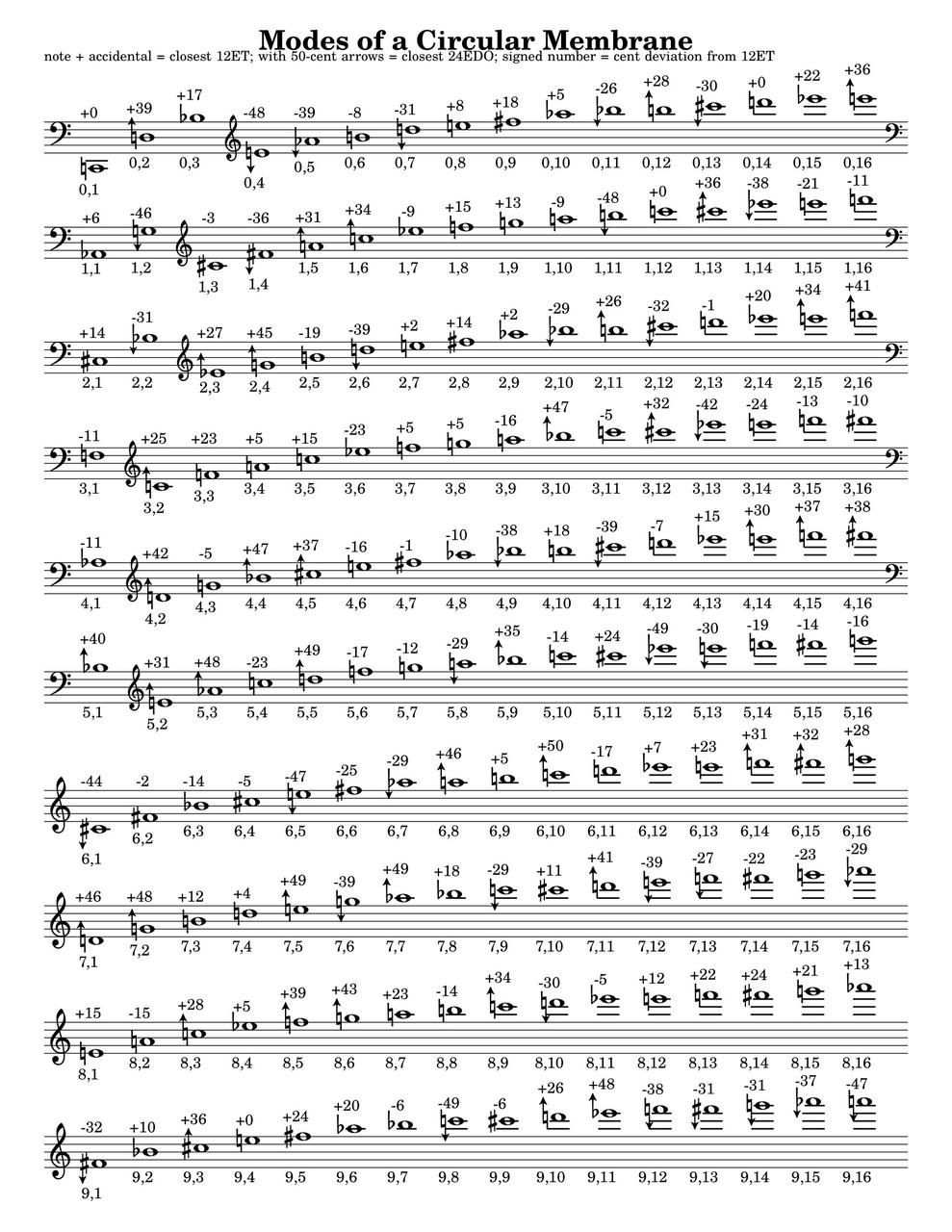 Is there anything perceptually important about this series? I don't think so. You could replace these chords with random pitches, and the results would likely sound similar to an average listener. But as a demonstration of complex microtonal harmonies arising from first principles of acoustics, I think it's conceptually compelling and a fruitful source of harmonic inspiration.